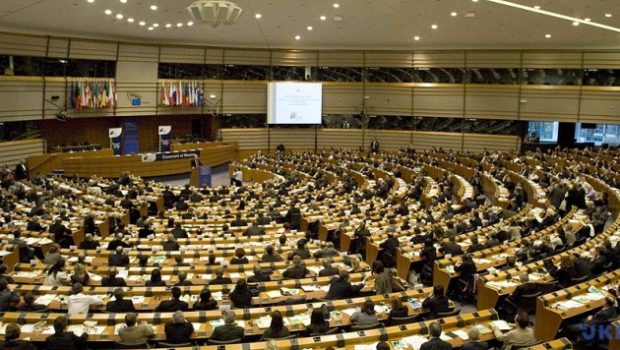 The European Parliament has positively assessed the progress of the reforms defined in the Ukraine-EU Association Agreement under the conditions of the Russian aggression, while indicating the areas in which efforts should be stepped up

This is stated in the resolution adopted by the European Parliament on Wednesday in Strasbourg on the state of implementation of the Association Agreement with Ukraine.

The resolution was supported by 433 deputies, 105 voted “against” and 30 abstained.

Here is the text of the resolution:

“The Foreign Affairs Committee has adopted an own-initiative report by Michael GAHLER (EPP, DE) on the implementation of the EU Association Agreement with Ukraine.

Four years after the signing by the European Union of the three Association Agreements with Moldova, Georgia and Ukraine, which include the establishment of a deep and comprehensive free trade area, and two years after full the present report assesses the degree of implementation of these agreements, in keeping with the Union’s commitment to its closest Eastern partners and their willingness to deepen their relations with the region. ‘Union.

The Foreign Affairs Committee’s conclusions give a positive assessment of the implementation of the Association Agreement with Ukraine, despite a number of shortcomings that the Ukrainian authorities still need to address.

Overall reform environment: Ukraine has made progress towards European integration. The consent of the Ukrainian people for closer relations with the European Union remains strong, but a large part of the population is not satisfied with the overall development of the country.

Report welcomes Ukraine’s reforms in the areas of energy, health, pensions, education, administration, decentralization, public procurement, defense and security banking sector and the macroeconomic stabilization of the country. However, these reforms are accompanied by drastic increases in prices and a deterioration of access to social protection systems.

Important challenges remain, particularly in areas such as the fight against corruption, privatization and the reform of the judicial system. According to the deputies, Ukraine’s reform program should focus on three main priorities in its reform agenda: (i) the establishment of an effective legal framework to fight corruption, particularly with regard to institutions, financial transparency and audits; ii) reform in favor of decentralization; (iii) measures to end the oligarchy and privatization measures.

Condemning the continuation of Russian aggression in eastern Ukraine and the illegal annexation of the Autonomous Republic of Crimea, MEPs acknowledged that Ukraine was facing transformational challenges in a war context and destabilization attempts. They worried about the very unstable security situation in the Sea of ​​Azov, which could degenerate into an open conflict.

Institutional framework put in place to implement the reforms: the report places particular emphasis on the human resource and expertise capacities necessary for the full implementation and monitoring of the applicable legislation. In particular, it proposes to pay particular attention to strengthening the administrative capacity of the Ukrainian parliament (the Rada) and to redouble its efforts to ensure the monitoring and follow-up of the implementation of the Association Agreements, both on the Ukrainian side and on the side of the Union.

Members ask, among other things:

further progress in deepening a culture of parliamentary dialogue, a key step in making the Rada a more effective, transparent and efficient legislator;

the establishment of a transparent and reliable selection process that will enhance the integrity and professionalism of judges and prosecutors, as well as the confidence of citizens in the judicial system. MEPs demand that the independent High Corruption Court be quickly and transparently set up and that the independence of the National Anti-Corruption Bureau (NABU) be preserved;

the adoption of a rapid new electoral code, which must guarantee equal opportunities for representation and eligibility of candidates of all nationalities represented in Ukraine;

cancellation of the electronic reporting requirements for activists of non-governmental organizations (NGOs) as well as effective and transparent monitoring of statements by politicians and officials;

greater attention be given to areas of civil society space for the development and implementation of legislation;

the continuation of the reform for decentralization and the acceleration of the merger of local and regional authorities with a view to the next general and local elections;

strengthening of the legal bases so that workers can claim from the employer their wage claims for work done in a legally efficient manner;

more concerted efforts to implement Ukraine’s human rights strategy, including policies to improve the situation of the Roma minority and other minority groups;

the establishment of state programs to prevent hate crimes and other forms of discrimination as part of the implementation of the national human rights strategy;

further reform of the gas and electricity markets in order to fully integrate them into the EU energy market, and to put an end to existing monopolies, as well as the strengthening of energy cooperation in the context of the Eastern Partnership for the implementation of the 2015 Paris Agreement on Climate Change;

the strengthening of Ukraine-EU cooperation on this issue in the fight against Russian propaganda, including against the expected interference of the country in elections in Ukraine as well as in the European Union as a whole.

The report calls for better monitoring of the implementation of reforms, both on the Ukrainian side and on the Union side, on the basis of coherent and measurable indicators. It invites the Commission and the EEAS to submit to Parliament and the Council more frequent and detailed written reports on the implementation of the agreements, “says the resolution. 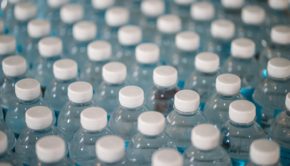